He is a true companion in time, who lives in the Castle of Candes-Saint-Martin, where he is known as a potter.

We lived countless adventures together, without a doubt a special character,and this is exactly why we love him!

In the middle of work with artist physicist Bernard Gitton in his studio in Les Rosiers.

Here smoking his legendary cigarillos, he is the genius behind the technical aspect of my artworks.

He is particuarly known for his water clocks, which can be seen in the Cité des Sciences, in Paris

Jean Barillé is without a doubt one of my closest friends.

He used to live in the Castle of the Belloin Chapel when we lived in Touraine.

He was an exceptionnal man, and I love him like my own brother.

He was Michael Jackson's driver back in the days.

We lived so many hilarious moments together, I wouldn't know where to start!

When I lived in California, Big D. was my neighbour.

He was 16 then, and suffered a severe case of myopathy.

He therefore lived with his mother Joyce and his step-father.

I became very close to Big D. I visited him everyday, end did with him all the things I knew he could never do alone.

One day, I sat him on my knees as we were on the freeway driving out of Los Angeles, and let him drive my thunderbird.

It was very hard for the both of us when I moved back to Europe. Helen and I therefore organized a huge party for him.

I even invited the Hells Angels for Big D. who loved motorbikes. He left this Earth a few years later.

He was a wonderful guy.

Here, I am explaining my blue Period sculptures to Beatrice de Andia, the President of the Arts council for the City of Paris.

These sculptures were inspired by native american indian petroglyphs, and were then exhibited in the famous flower gardens of her castle: La Chatonnière in Touraine.

A descendent of Talleyrand, Béatrice left France when she was 26, and travelled around the world five times through fourteen years in a small French car.

She is a real adventurer, and a good friend of mine.

My friend José Van Dam visiting my studio in the south of France.

The mother of my son met his wife Christiane, when seeking comfort at a common friend's home after being taken hostage during a bank robbery in Saint-Rémy-de-Provence.

Christiane found the story fascinating and invited us to the first dinner of a long friendship, which lasts to this day. No need to mention José's incredible carreer as an opera singer. He just sang his last opera recently, but you might be lucky enough to hear him sing here or there.

My friend Mark Tate visiting me in my studio in the north of France.

His wife and him found me a few years ago in the south of France, and we've kept in close touch since then.

He keeps telling me to focuse on painting as according to him 'No one has a house big enough to exhibit installations!' He now owns my C19 saucer, source of my Cosmic Art, and the painting I consider to be my masterpiece The Hug.

It is a daily joy for me to know my works are in such good hands!

Life is what it is, and so are people... Through my life I never the less spent wonderful and crazy moments with my old friend Oliver Madhaus.

Years back, we visited the Arizona desert in his Porsche and got stuck in the middle of a river bed; we then had to ask the indians to help us pull it out of there...

Later in life, he acquirred my 'Cosmic Paysan and Horse' Bronze sculpture. Here, we are in Sardinia visiting his friends 'The Flinstones'.

On that same trip, Oliver taught my young son how to play Poker! This photo stands for all the good things we lived together.

Here, architect Olivier Ceyrac, a great friend whom I miss very, very much.

He worked on the Concert Dome project in Marseille, and right ater that, left France to live on his sailing boat in the Pacific Ocean.

I considered following him back then, but a boat isn't the most convenient place to sculpt metal. It's a great man we lost when he died.

Marie-Noëlle de Vibraye, my first wife, french, whom I met in the United States as a student in Art Center College of Design.

As a little girl, she used to live in the Château de Cheverny, which inspired Hergé to create Tintin's Château de Moulinsart.

She was my first muse when I lived in Los Angeles, and to this day, we keep in very close touch.

Here, my good friend Heidi Reinwald visiting one of my shows.

There are some people in this world, who remind us that softness, kindness and tact are precious qualities.

Heidi is one of these people. Perhaps you'll meet her if you stop by the VIP lounge at the Airport of Vienna, Austria. She is a sincere friend, and a person of quality.

The General Consul of Switzerland

Here, his excellency the General Consul of Switzerland at my exhibition at the Palace of the Arts in Marseille, where I presented my Trans Nature Art exhibition for the first time.

I would like to thank him once again for this wonderful event, which was a great success.

My friend Caroline Alauzen di Genova, the Manager of Special Architectural Projects for the city of Marseille.

Here, she is discovering my sculpure Stelle Air exhibited in a show hosted by the General Consul of Switzerland at the Palais des Arts in Marseille.

She has a true passion for art, inspired by her family who invited Joseph Beuys to live and create in their castle during his long stay in Italy...

It's our common passion for Joseph Beuys which marked the beginning of a long friendship.

My friend Claude Micheaux. He is a scientist working for NASA. When this photo was taken, he was bringing us to the first landing of the Pioneer Space Shuttle on the Edwards air base.

This man spent more time "on the moon" than on Earth. He is the true excentric genius stereotype.

30 years ago, he was already explaining to us that there was frozen water on Mars.

My good friend Jim Cortland with whom we developped the concept of Cosmic Art.

He is also a very talented artist, and is gifted with a rare intelligence.

This photo was taken shortly after we met, in Touraine.

We always stayed very close, and to this day, he is one of my best friends.

He is a painter and the director of cultural affairs for the city of Joué lès Tours, she is also a wonderful painter end my assistant when I work in Touraine.

We lived wonderful adventures together, and have many more ahead of us.

I thank them both for their support.

The Mayor Lebreton, of the City of Joué-lès-Tours, in Touraine, who was so kind to invite me to take part in a few artistic events organized by his city.

Here, he is discovering my sculpture Stellephant

Let me introduce you to my favourite picture framers, Philippe and Bernard Sepia.

My friend René Durbach whom I miss very much, here showing his work to Pablo Picasso.

As the Director and Curator of the Maeght Foundation in Saint-Paul-de-Vence, Jean-Louis Pratt once told me, 'he was an artists' artist.'

All the great artists of his time found inspiration in his work and developped highly intersting intellectual exchanges with him.

He also designed the vitrals for the Basilique of Charleville Mézière.

I consider a true honnor to have been the friend of a man with such an extraordinary artistic sensitivity.

On that day, I had gone to visit Cesar as he was exhibiting in Paris.

Here, he is greeting some admirers who were waiting for him as we walked out.

The photo is not particularly good, but it is special. Indeed, it is the last photo I took of Cesar.

He went back to the stars that same night.

My good friend Thomas Kellner. Since I met him when he was still a student, he photographed his way up to be one of the biggest names in photography in Germany.

Through a deconstructivist perspective, his experimental photographic processes allowed him to impose himself as an innovator.

He was of great help to me by photographing my TNA art show, and many of the photos on this site are his work. You'll find a link to his site in my links page.

Here, Thierry Valzuani, my bronze melter in action. We had such great laughs together through the years.

His family has been melting bronze for three generations, and realized creations for all the great names in the world of art, from Cézanne to Max Ernst.

He passed away recently and that is a great loss for contemporary artists through the world.

My spanish friend Elena Moreno whom I met in Touraine when she visited us for my son's birth.

She's a very dear friend who spends a great deal of time in India working for charities.

She worked a lot with Mother Theresa, and continues her adventures regularly.

She is also a wonderful god mother to my son Pablo.

A noble-hearted man and a brilliant Provençal 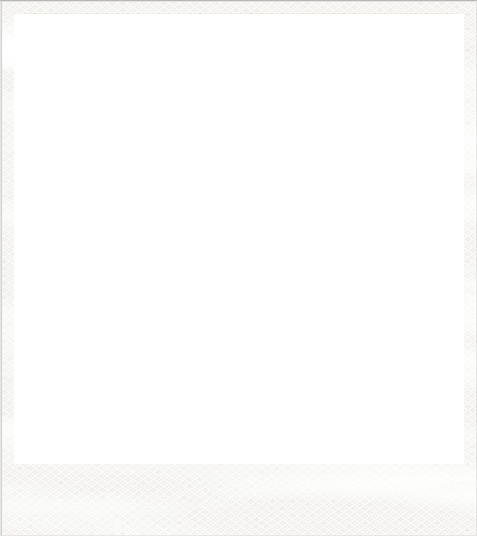