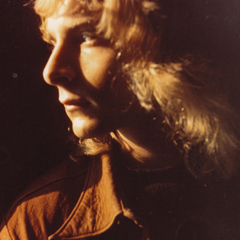 Stellest was born in 1953. As the son of a Swiss mother and an Irish father, he spent his childhood in Switzerland, where he grew up living in the intact environment of a small village in the Alps. This way of life teaches him to enjoy simple things, and respect the nature around him; values which, to this day, define his art career. 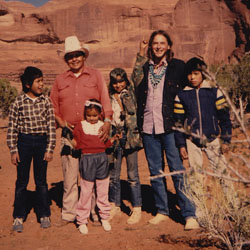 EIn 1970, Stellest is only 16 when he leaves Europe for the United States, with the wish to discover the desert that always fascinated him while growing up. He therefore finds a home in Katchina, a small village North of Arizona where he starts to paint. During this time, he experiences his first contacts with Native American Indians whose philosophy will inspire him throughout his career. He also meets his first love, French artist Marie-Noelle de Vibraye, and gets married soon after that. 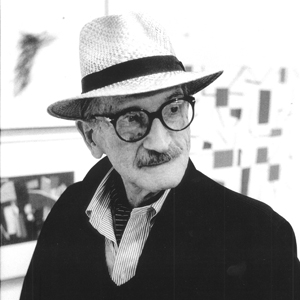 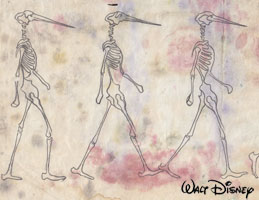 After a few years spent in the desert, Stellest receives a grant from the State of California, which allows him to join the Walt Disney Institute of Applied Arts, in Valencia, where he gets accepted on the bases of a portfolio. There, he specializes in the study of experimental art, and works with Jules Engel, Animation supervisor of Fantasia. At that time, he directs a series of short films among which “The kimono”, “Animas” and “Portrait 1982”. Stellest then moves on to study Arts and Cinematography at the Art Centre College of Design in Pasadena, California. During that period, he also meets his life partner, Marie-Hélène Bordier.

In 1983, Stellest puts together a committee in order to take part in the ‘Equinoxe project’ organized by the Cultural Olympic program in Los Angeles. In this project, he is joined by scientist Claude Michaux, coordinator of the ‘Voyager’ project for NASA in Pasadena. At that time, he also meets French artist Françoise Gillot, who finds her inspiration in Native American Indian art. 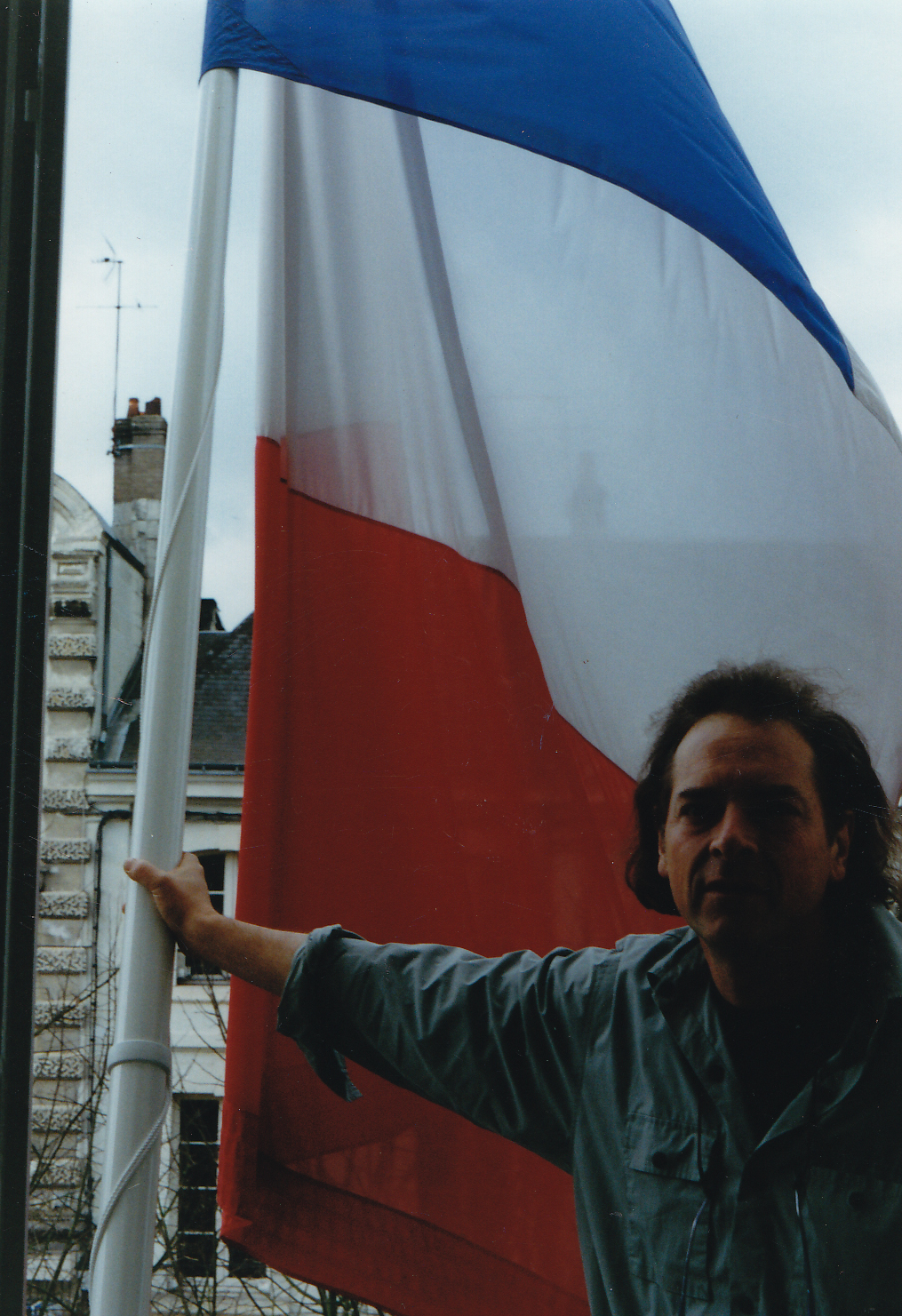 In 1984, Stellest moves back to Europe, in Paris, Rue de la Tombe-Issoire, where he takes over the studio of Pop Artists Claus Oldenburg and James Rosenquist. Shortly after, his life partner gets pregnant. Together, they decide to move to the Touraine Region, where Stellest creates the Cosmic Art movement together with American artist Jim Cortland. He also paints one of the paintings that will mark a turn in his career: ‘Le semeur d’Artenay’. 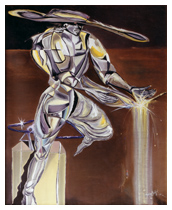 He is immediately discovered by French art collector Solange Hardy, who will buy the painting before exhibiting it at the Château de Tours. At the same time, he is also discovered by Sandra Gehring, owner of the New-York galleries of that name, who wishes to exhibit his work. Stellest declines the offer, which is an early sign of his will to be and remain a free entity within the art word. 1985 is also the year of his son Pablo’s birth. 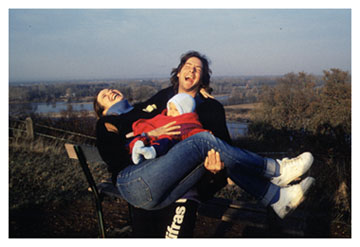 In 1989, attracted by the South of France, Stellest moves to Saint Rémy de Provence. Soon after that, he wants to learn how to sculpt metal, and becomes the assistant of Greek artist Costa Coulentianos, then recently made ‘Chevalier des Arts et des lettres’ by French president Francois Mitterrand. This collaboration allows him to create very large metal artworks, following the steps of his teacher. He also paints 'the Hug', iconic painting of his career as a painter.

In the same time, he is invited to exhibit at the European Art Society in Marina Baie des Anges. It is also the period during which he meets French artist Cesar, and Leo Castelli then called ‘The pope of Contemporary Art’ in New York, who will both inspire Stellest for the rest of his career.  Stellest continues to create Cosmic Art, but already then, his discourse clearly moves towards the defence of the environment and the necessity of a change. 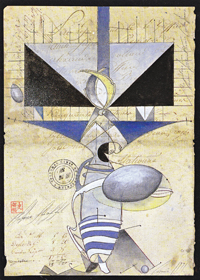 In 1992, he exhibits his Cosmic Art works one last time at the Henri Bronne Gallery in Monte Carlo; and illustrates the book for which poet Ulrich Zieger will win the first poetry Prize for united Germany. He also meets French artist René Durbach who will change the way Stellest considers the art movement, which Guillaume Apollinaire called ‘Orphism’. At that time, he also starts a correspondence with Swiss curator Harald Szeemann, who will stay a creative inspiration for Stellest until his death in 2005. 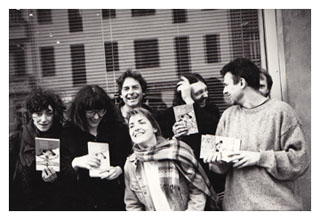 Stellest then pulls back, and spends his time between his Studio in the Touraine, Switzerland, and an apartment that he rents in Paris, Rue du Théâtre in order to prepare his new art project. During that time, he works with physicist artist Bernard Gitton on Sculptures working with Solar Energy. He also works with the assistant of Jean Tinguely, Martin Bühler, on sculptures conveying a new message, more and more important to him: the protection of nature and the environment. 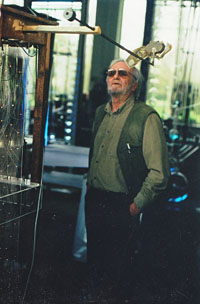 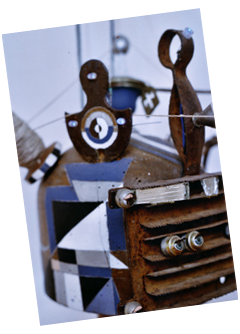 In 1999, Stellest ‘tests’ his new art movement with an exhibition at the Palace of Arts, in Marseille. The critics receive his exhibition positively. In the year 2000, he is ‘The artist of the Années Joué Festival’ in Joué-lès-Tours, where he presents his movement that he names Trans Nature Art. Right after that, he exhibits his sculptures at the castle of Béatrice de Andia, director of the artistic counsel for the city of Paris, in an exhibition organized around nature.

In 2001, carried by the critics and supported by art collectors such as Mr M.Tate, he is the guest of honour of Palexpo, in Geneva, where he officially introduces TNA, Trans Nature Art, to the art world. 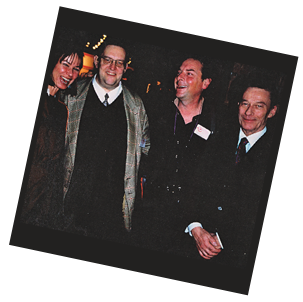 Nowadays, his public appearances are rare, and the majority of his artworks are in private collections; from Japan to Panama, London, Zurich, Monte Carlo and Paris. Stellest nearly only ever exhibits in manifestations open to a broad public, and through his art, tries to convey a message in favour of the respect of the environment. His convictions stand heavily in favour of peace, and for a new energy, social as well as individual, by the means of what Stellest calls ‘a Universal acupuncture’. 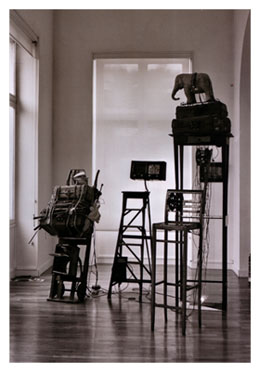 With that objective, he prepares a new project that he calls Trans Nature Peace Art. 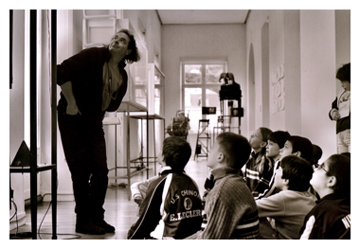